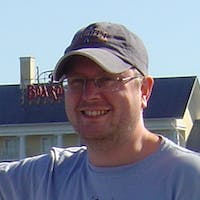 To enable Open Liberty to be installed and configured via Maven, we must first add the liberty-maven-plugin into the project's pom.xml file.

Note, in the above snippet, I also set the project's final name to be the same as the project's artifact id. This stops the version number being automatically appended to the resulting war file, making it easier to configure within Open Liberty.

That's all that is required to configure within the pom.xml file to allow us to control and install Open Liberty from Maven.

The next stage is to configure the Open Liberty application server, for example, what application will we deploy, what will be its context url, what port will the server listen on, etc..

To configure these options, create a file src/main/liberty/config/server.xml within the Maven project.

Note: you can see now why I changed the application name to be the same as the artifact id and no not include the version number. Without including the version number on the war file, it becomes much easier to define the server.

Now that we've defined the Maven build and the Open Liberty server, we can build and run the code directly from Maven.

As you can see, this is a simple way to configure development with Open Liberty and Maven without having to install a server beforehand. This allows you to easily get started with development and easily distribute a development environment to other people.

Photo by SpaceX on Unsplash